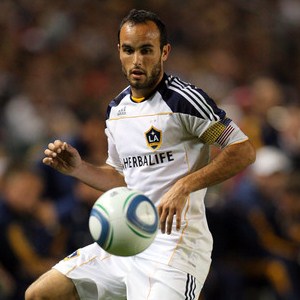 USA international striker Landon Donovan has revealed that he is unsure if he will return to Premier League club Everton in January.

The LA Galaxy star has been heavily linked with a move back to the English Premier League club for another loan spell after his successful stint earlier this year but says he is not ready to make a decision just yet.

The Galaxy only finished their MLS season last weekend when they were knocked out of the play-offs by FC Dallas in the Western Conference final and still have their trip to Australia to take on A-League club Newcastle Jets next week.

Donovan told Sky Sports News that he is just going to relax before he thinks about his next step.

“Give me a few weeks and I will have an answer for you,” he said.

“Right now I’m four days into my vacation and I’m going to enjoy it. I’m going to chill and then in a few weeks I will make a decision.”


Edinson Cavani : I Can’t Slow Down!