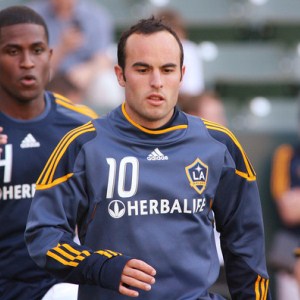 It appears that Premier League club Everton may secure the services of their American hero after all.

In what may turn out to be a great news for all Toffees fans, LA Galaxy star Landon Donovan has admitted that a return to Everton during the MLS off-season could be very likely.

The 28-year old USA international star had a successful loan spell at Goodison Park last season and has definitely left the door ajar for another loan spell this European winter.

Donovan said : “I’ll have to think about rejoining Everton in the off season. Things went pretty well there,”.

Donovan is currently gearing up for this weekend’s Western Conference final where they take on FC Dallas at The Home Depot Center for a spot in the MLS Cup final.