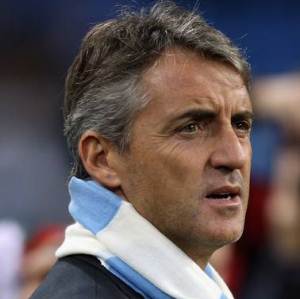 With the scores locked at 1-1 following efforts from Dimitrije Injac and Emmanuel Adebayor, City’s Europa League Group A rivals struck twice in the last five minutes to take the points.

Dedryck Boyata headed against the unwitting Manuel Arboleda to make it 2-1 before Mateusz Mozdzen hit a screamer from the edge of the area to seal it in style.

It was Jose Maria Bakero’s first match in charge of the Polish side following his appointment on the eve of the game and he immediately followed in the footsteps of Arsene Wenger and Mick McCarthy in outwitting the troubled Mancini.