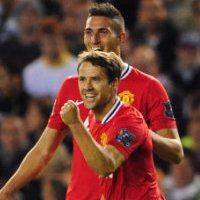 A three-goal blitz in the first half put Manchester United through to the fourth round of the Carling Cup at the expense of Leeds United at Elland Road.

Michael Owen had put the visitors two up with little over half an hour on the clock, before fellow veteran Ryan Giggs extended the lead in added time at the end of the first half.

The heavy scoreline at half-time killed off the game as a contest and allowed Sir Alex Ferguson to hand senior bows to Paul Pogba and Larnell Cole.

Danny Welbeck also came off the bench for United, making his return from an injury suffered in the 8-2 trouncing of Arsenal.