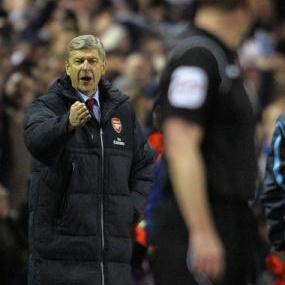 Leeds United’s FA Cup dream was ended by Arsenal as the Premier League side won an enthralling third-round replay 3-1 at Elland Road.

Goals from Samir Nasri and Bacary Sagna put the North Londoners 2-0 up but a wonder-goal from Bradley Johnson sent Leeds right back in it.

Both sides exchanged second-half chances – with Leeds almost equalising on two occasions – but Arsenal scored next, as Robin van Persie came off the bench to kill the game from a masterful Nicklas Bendtner cross.

The Gunners are now the only side in England who can win all four major tournaments, while Leeds go back to their Championship promotion campaign knowing they can mix it with the best sides in Europe.