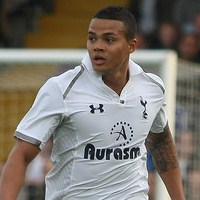 Reports are out claiming that Leeds United are in talks with Tottenham for Jermaine Jenas.

The Yorkshire Post revealed that Jenas, capped 21 times by England, would be an impressive addition and sources in London suggest Spurs are ready to loan out the midfielder on the understanding he plays regularly.

A substantial percentage of his wages would be paid by the Premier League club, who are believed to be insisting that any interested party has to take Jenas for the full 93 days possible under the emergency loan window rather than just the month that Leeds would prefer.


Angelo Henriquez : I Have A Lot To Improve At Man Utd!