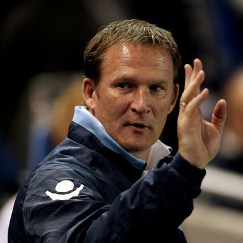 Grayson said: “Why have we done so well in the Cup? Well, sometimes it just sits with the football club. Everybody talks about us being a big club, and we have shown that we can handle the big stage. I took my son to Man City v Liverpool the other night, and he asked me ‘will they make as much noise as Leeds fans do?’

“I told him no, and they didn’t. We feel comfortable. It transmits to the players, and we’re not nervous when we go to these games.”

Marouane Chamakh Linked With A Move To Fiorentina