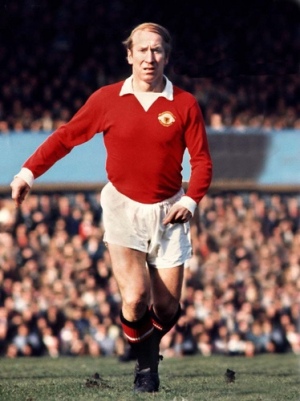 Sir Robert “Bobby” Charlton was born on 11th of October 1937 in Ashington, Northumberland and is a former English professional football player who won the World Cup and was named the European Footballer of the Year in 1966.

He played almost all of his club football at Manchester United, where he became renowned for his attacking instincts from midfield and his ferocious long-range shot.

Sir Bobby Charlton began playing for United’s first team in 1956, and over the next two seasons gained a regular place in the team, during which time he survived the Munich air disaster of 1958.

After helping United to win the Football League in 1965, he won a World Cup medal with England in 1966 and another Football League title with United the following year. In 1968, he captained the Manchester United team that won the European Cup, scoring two goals in the final to help his team be the first English side to win the competition.