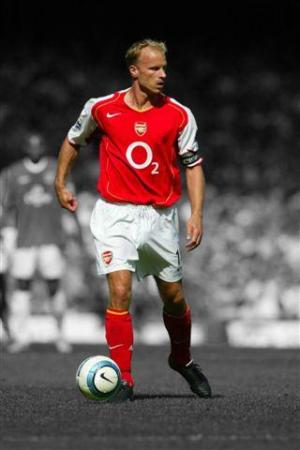 Dennis Nicolaas Maria Bergkamp was born on 10th of May 1969 in Amsterdam and is a retired Dutch professional footballer. He was named after Manchester United footballer Denis Law (although the traditional spelling had to be observed for the legal satisfaction of the registrar).

At club level he played for Ajax, Internazionale, Arsenal and also represented the Netherlands at international level. Bergkamp played most of his best games as a support striker, where his tactical awareness and deft passes made him a great exponent of the game from the ‘hole’.

He was selected by Pelé as one of the FIFA 125 greatest living players and is widely regarded as one of the English Premier League’s all-time greatest players. In 2007 he was inducted into the English Football Hall of Fame, the first and thus far only Dutch player ever to receive the honour. He has also finished third in the FIFA World Player of the Year award twice.