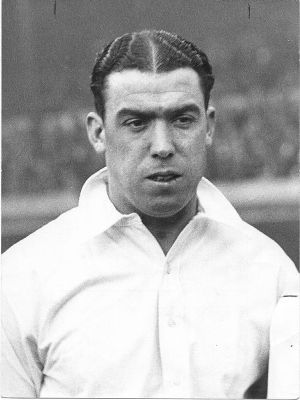 William Ralph Dean was born on 22nd January 1907 and was popularly known as Dixie Dean. He was an English football player and the most prolific goal-scorer in English football history, best known for his legendary exploits at Everton, where he spent most of his career. Dean scored 349 goals in 399 appearances for Everton.

Dean was born in Birkenhead, Cheshire (now Merseyside). Dean initially played for his local club Tranmere Rovers before moving to Everton. The popular theory regarding how Dean acquired the nickname Dixie is that he did so in his youth, perhaps due to his dark complexion and hair which bore a resemblance to African Americans in the Southern United States. However the Tranmere Rovers historian Gilbert Upton uncovered evidence that the name ‘Dixie’ is a corruption of his childhood nickname, Digsy – a name acquired from his approach to the children’s game of tag, where Dean would dig his fist into the girl’s back, hence ‘Digsy’. He moved to his boyhood side, Everton, for a fee of £3,000 in 1925, and immediately made an impact, scoring 32 goals in his first full season.

Dean’s athletic skills, in particular dribbling, running, shooting and ability to create goals for others, were considered exceptional by sports writers of the time. According to his peers, however, his greatest ability was heading, a skill he practiced often using a medicine ball with fellow player Tommy Lawton. About a third of the goals credited to him came from headers, and his skills are compared to Pelé and Alfredo Di Stéfano. Outside football he was a scratch golfer and played both club cricket and British baseball, the latter for the Liverpool Caledonians club.

Dean died in March 1980 after suffering a Heart attack at Goodison Park, Everton’s home ground, whilst watching a match against their closest rivals, Liverpool. Liverpool won the match 2-1.

In 2001, local sculptor Tom Murphy completed a statue of Dean which was erected outside the Park End of the stadium at a cost of £75,000 carrying the inscription, “Footballer, Gentleman, Evertonian”. 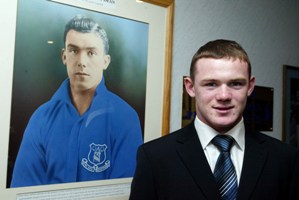 Glen Johnson Aims To Make An Impact With Liverpool