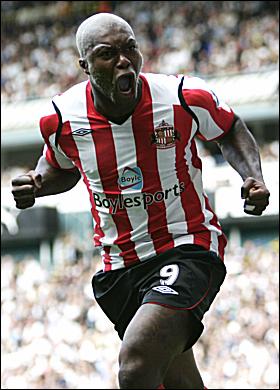 Djibril Arrun Cisse was born on August 12th, 1981 in Arles and is a French football player of Ivorian descent who plays as a striker, for both the French national team and Panathinaikos.

He is noted particularly for his speed and acceleration. Since 2005, he has held the title of Lord of the Manor of Frodsham.

Cissé started his career at Nîmes Olympique in 1993 at the age of 11. He then moved to Auxerre still in the youth team, before graduating to the first team in 1998.

After having his move to Liverpool held up once, he moved to the Merseyside based club in 2004 having played for Auxerre for six season; scoring 90 goals in 166 appearances.During his time at Anfield he played in 83 games, scoring 22 goals.