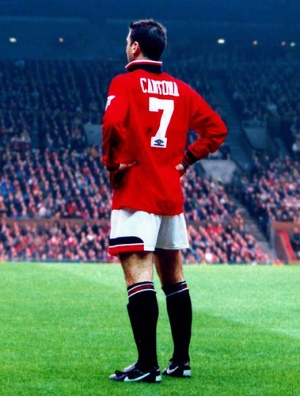 Eric Daniel Pierre Cantona is a French former footballer of the late 1980s and 1990s, turned actor. He ended his professional footballing career at Manchester United where he won four Premier League titles in five years, including two League and FA Cup Doubles.

Cantona is often regarded as having played a major talismanic role in the revival of Manchester United as a footballing powerhouse and he enjoys iconic status at the club and in English football. In 2001, he was voted their player of the century, and to this day United fans refer to him as “King Eric”. He is the current manager of the France beach soccer team.

Following his retirement from football, he took up a career in cinema and had a cameo role in the 1998 film Elizabeth, starring Cate Blanchett.