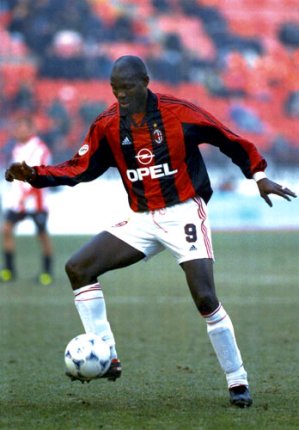 George Tawlon Manneh Oppong Ousman Weah was born on October 1st 1966 in Monrovia and is a Liberian politician and former football forward. He spent 14 years of his professional football career playing for clubs in France, Italy, and England, winning titles in two of the three countries.

Weah is a devoted humanitarian for his war-torn country. At the 2004 ESPY Awards, he won the Arthur Ashe Courage Award for his efforts. Weah was named by Pelé as one of the top 125 greatest living footballers in March 2004. He has also been named a UNICEF Goodwill Ambassador, a role which he has suspended while he pursues a political career.

Sir Alex Predicts Ben Foster To Be England No.1 For The World Cup