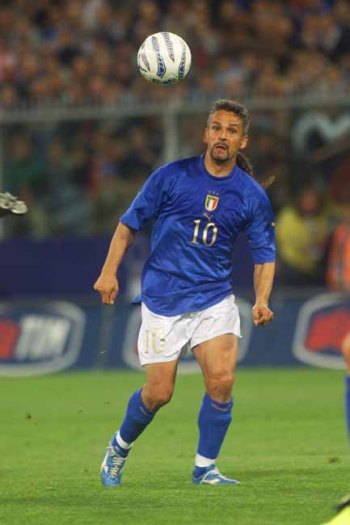 Roberto Baggio (born 18 February 1967) is a retired Italian footballer, among the most technically gifted and popular players in the world throughout the 1990s and early 2000s.

He won both the European Footballer of the Year (Ballon d’Or) and the FIFA World Player of the Year award in 1993. Pelé named Baggio as one of the 125 greatest living footballers in his 2004 FIFA 100 list. Baggio was voted eighteenth in a poll organised by the French weekly magazine France Football consulting their former Ballon d’Or winners to elect the Football Player of the Century.