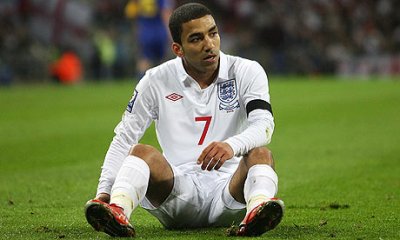 England international winger Aaron Lennon has revealed that he wants England to win every match remaining before the start of the World Cup in South Africa next year.

The Three Lions have a 100 per cent record in qualifying with eight victories in eight games and they confirmed their place in South Africa last night by beating Croatia 5-1 at Wembley and this is an incredible turnaround in fortunes after their failure to reach Euro 2008.

Tottenham ace Lennon said that England does not want to come out of this run at the moment and that winning games is a great feeling and everyone would want to continue to win all the games in the group.

Winger Lennon put in a man-of-the-match performance as England blew away Slaven Bilic’s Croatia and later added that he has started the season well and that he tried to carry on what he has been doing at Tottenham.

Lennon went on to say that luckily for him, everything went his way. He also added that his game is to try to get into the full-back as much as possible.

He also said that the team got the ball out wide a lot but the whole team was brilliant.