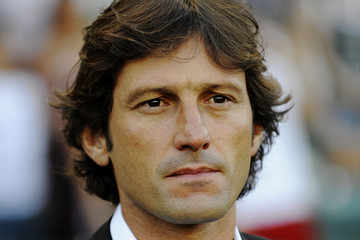 AC Milan coach Leonardo was full of praise after his team had produced an extraordinary response to a tricky pre-season by beating Siena 2-1 on Saturday in the Brazilian’s first Serie A game in charge.

The rookie boss, who succeeded new Chelsea coach Carlo Ancelotti at the end of last season, suffered defeats by Chelsea, Inter Milan and Bayern Munich among others in the build-up to the new campaign.

Supporter unrest over the sale of play maker Kaka to Real Madrid and frustrations over bringing new players in also clouded preparations for the league opener, but young Brazilian striker Alexandre Pato scored twice to seal the win after incisive passes from Ronaldinho.

Leonardo told reporters after the match that losing is always difficult and it is never good as it creates doubt but he believes that the pre-season results were not important.

He also added that the base of everything is pride and the will to get yourself in the game and the response from his team in this sense has been extraordinary.

Ronaldinho, who sometimes struggled in his first season in Italy last term, had one of his best games for Milan now that he can play centre stage and does not have to share playmaking duties with Kaka.

Leonardo also said that Ronaldinho has covered all the roles in attack and slowly but surely the player is finding his position on the field, who now plays behind strikers Pato and Marco Borriello.

He also said that Ronaldinho, on the counter attack with Pato and Borriello, did very well and when Milan had the ball, Ronaldinho took up a position more central and more advanced.