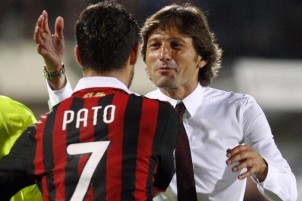 Nelson Dida’s howler gave Raul the opener, but the Rossoneri fought back with Andrea Pirlo and a Pato brace.

Leonardo told reporters that the game spoke for itself. He added that AC Milan approached the game it the best way, even with a very difficult start and conceding an early goal but he said that the team always believed and the second half was extraordinary.

Leonardo also said that at the end of the day a line-up has to be done in a balanced fashion and what this side has is the maturity to understand many different approaches.

Leonardo also revealed that it is not just because this was the Champions League and the Bernabeu. He said that facing an attacking side, he felt that the best thing to do was to push them really hard.

Leonardo also said that even after going a goal down, AC Milan never thought of losing the game. He added that Milan faced a good team, but one that suited them perfectly as opponents.

On Dida, Leonardo said that mistakes also happened to Real Madrid but Dida is an experienced player who knows how to deal with these situations.