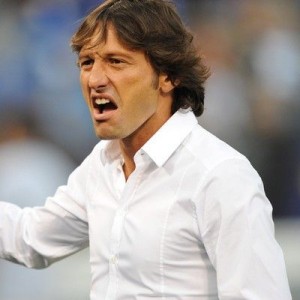 AC Milan manager Leonardo has pleaded with the Milan fans to not give up on the struggling club.

AC Milan have made a woeful start to the Serie A season and are currently 11th in the table following Sunday’s goalless home draw with newly-promoted Bari.

Just 34,000 fans turned up to watch the game with many venting their anger at full-time but manager Leonardo believes that his side can turn it around if the supporters keep the faith.

The Brazilian said that the club is struggling psychologically, although it has the experience to react.

He went on to say that he hope that more fans can turn up to the stadium as the team needs their support.

Leonardo went on to say that Bari played very well and that Milan struggled against them. He added that in the end, the boos, just like the applause, was also deserved.

He ended by saying that Milan risked losing the game so it was a relief to have claimed a point.