Leonardo Wants To Fight On With AC Milan 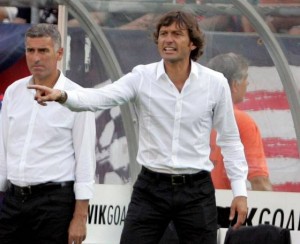 AC Milan manager Leonardo has revealed that he has no plans to jump ship after his side’s slow start to the season.

The Rossoneri have only claimed nine points from seven games in Serie A.

Brazilian striker Alexandre Pato has not scored since the opening day and £14million new boy Klaas-Jan Huntelaar is yet to find the net.

Brazil World Cup winner Leonardo, age 40, told reporters that Ac Milan is going through a difficult time and it is up to the team to turn it around.

The man who replaced Carlo Ancelotti this summer added he is the AC Milan coach and that he was given this opportunity and he will continue.

Leonardo went on to say that he has absolutely no intentions of stepping down.

The FA Wants Sir Alex To Explain Himself