Leonardo’s Job On The Line Against Atlanta On Sunday 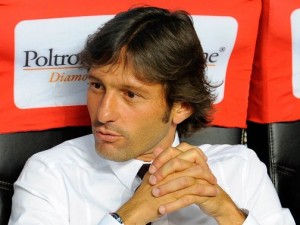 Sensational news from Italy is out and it has been reported that Leonardo could be shown the door at AC Milan if they lose to Atalanta on Sunday.

Local Italian newspapers have reported that if AC Milan are defeated, Leonardo will definitely have to leave, either by dismissal or resignation.

It has also been revealed that Dutchman Marco van Basten, despite denials from his agent, is favourite for the job, with Walter Mazzarri a good outside bet.

Meanwhile, should lengthy negotiations be needed, assistant coach Filippo Galli will be ready to step in as caretaker from Monday.