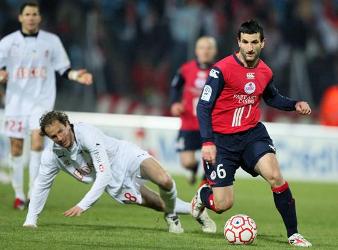 Lille striker Pierre-Alain Frau has been carjacked for the second time in 10 months after he was subjected to a terrible ordeal on Monday morning.

Robbers posing as police officers locked up the former Sochaux, Lyon and PSG striker in the boot of his Mercedes before releasing him in another part of town and stealing the car.

Local police told reporters that as Frau was getting into his car, he was approached by hooded men in a car with flashing lights who presented themselves as police.

Frau was believed to be on his way home from a late-night dinner after Lille’s 2-1 defeat by Lorient.

The attackers forced the Frau to get into the boot of his own car, which they then drove across town. The robbers then released Frau on the street in a residential area before making off with his car, credit card, mobile phone and hundreds of euros.

Another vehicle was stolen from him in October 2008.

His club released a statement saying that Frau was unhurt and had taken part in training as usual with his team mates on Monday morning.