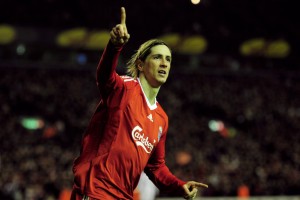 Liverpool kept alive their hopes of silverware this season with a 3-0 victory over Lille at Anfield to win their Europa League last-16 tie 3-1 on aggregate.

Captain Steven Gerrard’s ninth-minute penalty gave them the ideal start after Lucas Leiva had been fouled.

Fernando Torres then struck twice in the second half – his first European goals for more than 11 months – to put his side into the quarter-finals.

Trailing 1-0 from the first leg an early Liverpool goal was essential to ease the pressure and, watched by Argentina coach Diego Maradona, they produced just that.