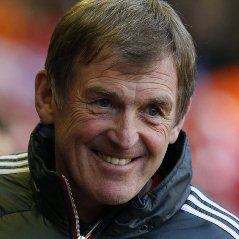 A first-half blitz saw Liverpool end Chelsea’s hopes of fourth spot with a comprehensive 4-1 victory in their Premier League clash at Anfield.

Just three days after their FA Cup final defeat to the Blues, Kenny Dalglish’s side responded with a stunning early showing as a Michael Essien own-goal was followed by clinical finishes from Jordan Henderson and Daniel Agger.

Chelsea captain John Terry endured a nightmare evening with a spate of mistakes, while fellow defender Branislav Ivanovic could have been sent off for an elbow on Andy Carroll with Stewart Downing missing the resulting penalty.

Ramires grabbed a goal back for the visitors just after half-time, but a horrendous attempted clearance from goalkeeper Ross Turnbull left Jonjo Shelvey to net a fourth and cap a fine win for the Reds as Chelsea saw their hopes of grabbing fourth spot extinguished.