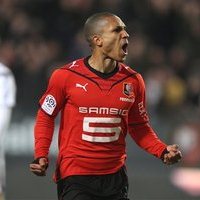 Transfer news from the Premier League is out and it has been revealed that Liverpool remain hopeful of signing Rennes winger Sylvain Marveaux.

The Telegraph has reported that the Reds are hoping to sign Marveaux, the Rennes winger, on a free transfer.

The 25 year old Frenchman is currently recovering from injury and has admitted he could move to another Premier League club.

However, Reds officials are confident of signing Marveaux.