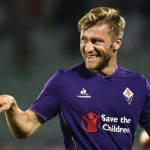 Reports are out claiming that Liverpool are being linked with Polish star Jakub ‘Kuba’ Blaszczykowski.

German publication Bild is of the belief that Reds boss Jurgen Klopp could make a move for the Borussia Dortmund winger who played under him at the Westfalenstadion.

The 30-year-old was loaned to Fiorentina last season and could be shipped out this summer as with BVB sporting director Michael Zorc reportedly admitting that talks will take place over his future in the coming days.

Kuba was one of Klopp’s key players during his stint at Dortmund and the German is believed to be keen on a reunion with the former Wisla Krakow man who starred for Poland at Euro2016.

It is understood that Kuba would cost Liverpool less than £6million.