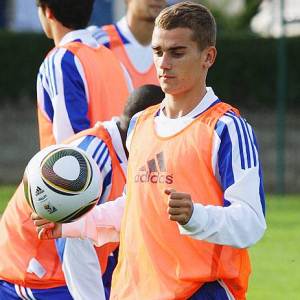 Interesting transfer reports have surfaced and it is said that Premier League club Liverpool are closing in on Real Sociedad winger Antoine Griezmann.

It is reported that the highly-rated 19-year old French wonderkid has already been lightly pursued by Arsenal and Manchester United but now the Reds are hoping to bring him to England.

It is believed that Liverpool’s director of football strategy, Damien Comolli, spotted Griezmann when he held a similar role at St Etienne and is keen to bring in the £7million-rated midfielder who has already notched up 50 La Liga appearances.


Messi : Real Madrid Is Strong, But Barcelona Is Better!