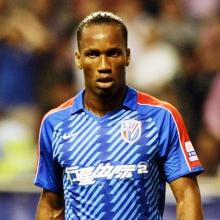 Reports are out claiming that Liverpool are to temporarily fix their striker crisis by bringing in Didier Drogba on loan.

The Chinese season ends next week and The People reported that Shanghai Shenhua are willing to tear up Drogba’s mammoth contract in order to free him up for a move to Anfield – on the understanding that he returns for the new season in March.

However with financial uncertainty surrounding the Chinese club which also employs Nicolas Anelka he may never return.

Drogba’s family live in Surrey and, with Liverpool down to one fit striker in Luis Suarez, the giant Ivorian who served Chelsea with such distinction could be the ideal short-term fix.