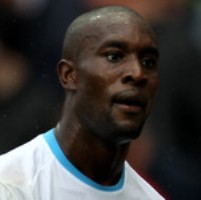 Reports are out claiming that Liverpool are ready to revive their interest in West Ham United striker Carlton Cole.

Sky Sports News has reported that a representative of the Anfield club is said to have been at the Hammers’ Boxing Day victory over Fulham at Craven Cottage, where the 27-year-old scored twice in a 3-1 win.

Liverpool tried to sign the England international in the summer, but a deadline day deal was not agreed and West Ham boss Avram Grant remains unwilling to sell his star players, such as Cole, Matthew Upson and Scott Parker, as he battles against Premier League relegation.

However, it is understood that Hammers co-owners David Gold and David Sullivan would be prepared to listen to offers between £7m and £9m.

Merida : I Had No Chance At Arsenal!