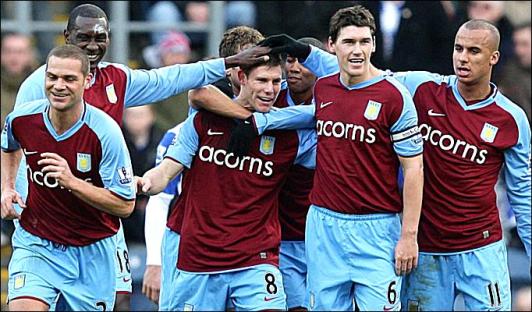 Interesting transfer news are out and it has been reported that Liverpool FC have made a cheeky enquiry about Aston Villa’s young star James Milner.

It is believed that Anfield boss Rafa Benitez is a big admirer of the emerging England winger but has received little in the way of encouragement.

James Milner cost Aston Villa £12million from Newcastle last August and has three years left on his current contract and it is strongly believed that Villa manager Martin O’Neill has no intention of selling one of his prize assets.

Milner, 23, made his debut for the full England side against Holland on Wednesday and set up one of Jermain Defoe’s two goals in the 2-2 draw.