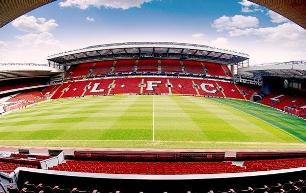 Sensational news is out and English Premier League giants Liverpool FC have announced the biggest commercial deal in their history after agreeing a four-year sponsorship with Standard Chartered Bank.

It is now reported that the bank will become the club’s main sponsor from July next year until the end of the 2013-14 season and this news will see beer brand Carlsberg end a 17-year association at Anfield.

He also added that the sponsorship opportunity attracted a huge level of interest from a wide array of globally recognised brands. He also went on to say that in Standard Chartered, Liverpool believe that they have found the ideal partner to move forward and help develop its global ambitions.

He also added that it is a real sign of the progress that have been done at Liverpool as it was able to secure the largest ever commercial deal in Liverpool’s history.