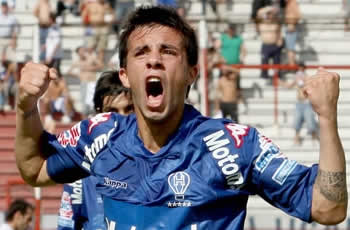 Local English newspapers have reported that De Federico, dubbed as the new Lionel Messi, is the subject of a £4.6m bid from an unnamed English club.

The 19-year-old was previously linked to Liverpool, is a diminutive forward who had been set to leave Huracan for a move to partner Brazil legend Ronaldo at Corinthians till the English bid came in.

On 20 May 2009 De Federico made his international debut in a friendly match against Panama. He scored the opening goal and assisted in the second goal in a 3-1 win for the Argentina team, made up of players based in the Primera División Argentina