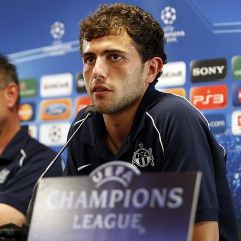 Interesting transfer news are out and it has been revealed that Liverpool have joined the battle for FC Zurich striker Admir Mehmedi.

The Daily Mail has reported that Sunderland face competition from Liverpool and Nuremberg for Mehmedi in the January transfer window.

The 20-year-old, who has scored 13 goals in 47 matches for Zurich, is one of Steve Bruce’s winter targets but Liverpool have sent scouts to watch him already.

Admir Mehmedi is a Switzerland international and has three caps to his name.