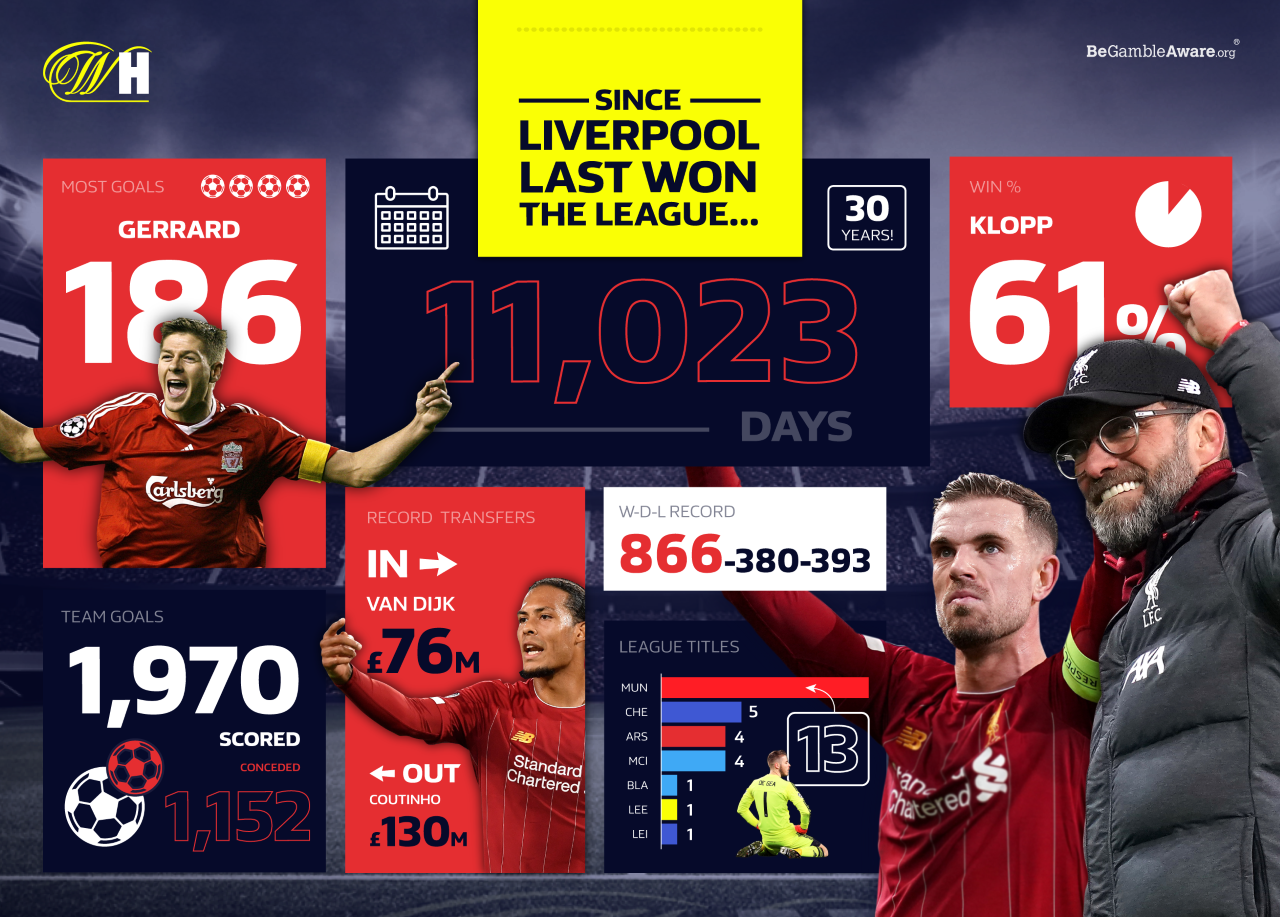 Liverpool fans have endured a long and painful wait for a league title, and bookmaker William Hill has revealed the numbers behind their 30 years of hurt, which finally came to an end when Manchester City failed to beat Chelsea.

It’s been 11,023 days since Kenny Dalglish’s side won the old First Division in the 1989/1990 season, during which time they have gone through eight different managers and witnessed seven different English sides lift the trophy.

Former captain Steven Gerrard has scored the most goals in the 30-year wait with 186 in all competitions, while Robbie Fowler notched 183 during his time at Anfield. Current manager Jurgen Klopp holds the best win rate of any Liverpool manager since, with 61%.

The Merseyside men have bought 186 players since last winning the league, with Virgil van Dijk the most expensive import at £76m, while 233 have left the club in that time. Philippe Coutinho was the Reds’ most expensive export when he was sold to Barcelona for £130m.

Tony Smith, Online Marketing Director at William Hill, said: “Liverpool fans have had to endure nearly 30 years of torture and teasing from rival supporters since their last top flight title, but that all came to an end when they finally clinched their first Premier League title this season.

“The Reds ended that long wait, and we’ve looked at the numbers behind their 30-year drought. It’s been 11,023 days since Kenny Dalglish steered them to a First Division championship and a total of 1,633 games in all competitions have been played by Liverpool during that time too.

“Many footballers have come and gone through the gates of Anfield – 186 have signed and 233 have left – while Liverpool legend Steven Gerrard remains their top scorer of that period on 186 goals in all competitions.”