Reports are out claiming that Arsenal director Lord Harris has said that he is glad that the Gunners did not sign Raheem Sterling and has suggested that the England attacker could be a disruptive influence in the Gunners’ changing room. 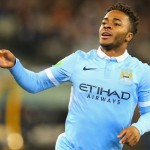 Harris announced that Arsene Wenger has the funds to buy any player he desires for Arsenal as the Arsenal board continue to emphasise their support for the manager.

Harris was discussing Arsenal’s transfers so far this summer and said that he is very happy with the recent signings Wenger has made but is relieved that his team didn’t enter into negotiations with Liverpool for Sterling who joined Manchester City for £49million last week.

He told the Daily Mail: “Sterling is a very, very good player but I’m pleased Arsenal didn’t sign him.

“He’s got a lot to learn. They were looking at him and the way he treated Liverpool wasn’t good.

“Arsene does a lot of work on the players before they get to us and he doesn’t take any nonsense.” Aston Villa, Eintracht Frankfurt To Do Battle For Nicklas Bendtner