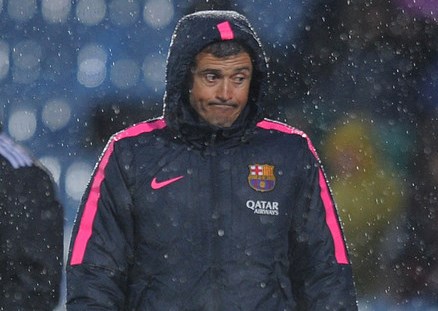 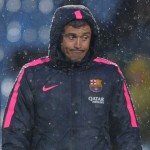 It has been reported that Barcelona slipped four points behind Primera Division leaders Real Madrid after a stalemate at Getafe.

Luis Enrique’s side could even have lost the game in the final seconds of stoppage time as substitute Alvaro Vazquez muscled his way towards goal, but the final whistle was blown before the striker could get his shot away, with the game ending 0-0.

The result means Real Madrid are guaranteed to be top of the table at Christmas, while Atletico Madrid could go level on points with Barcelona if they beat Villarreal on Sunday.

“We were better than the opposition.

“We had a lot of chances. If any of them had materialised we’d be talking about a good game. We attacked their goal an infinite number of times in the second half and created plenty of chances to score,” said Barca coach Luis Enrique.