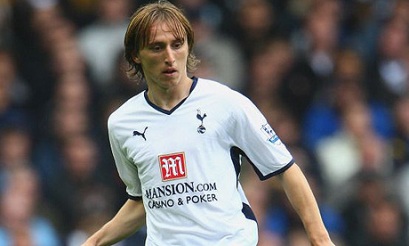 Bad news for all Tottenham Hotspur fans as midfielder Luka Modric has been ruled out of action for at least six weeks after breaking his right leg in Saturday’s 2-1 win over Birmingham City.

The 23-year-old Croatian midfielder, who has been in inspired form as Spurs have won their opening four league matches of the season, was hurt in what seemed an innocuous collision with Lee Bowyer at the start of the second half of Saturday’s match.

Modric said that it is like his whole world has crumbled because he will be out for at least six weeks and that he is terribly sad. He added that it was not a ferocious tackle but it hurt awfully and that he knew something was wrong the moment it happened.

Modric will miss Croatia’s World Cup qualifiers at home to Belarus on September 5 and away to England four days later.

Spurs manager Harry Redknapp said after the game that he hoped that Modric had suffered only damage to his calf however an X-ray scan revealed that that player fractured his right fibula and it could lead to Modric being out of action for months.


Arsene Wenger To Receive Apology For Sending Off