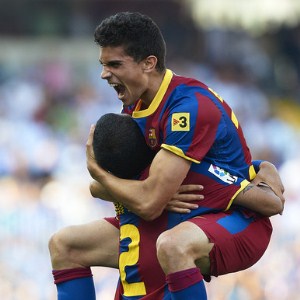 Pep Guardiola’s second string Barcelona side strolled to a 3-1 win over Malaga to ensure their La Liga campaign ends on a high.

Barca fell behind in the 31st minute when Sebastian Fernandez finished a well-crafted Malaga move before Bojan levelled from the spot just before half-time after he was awarded a controversial penalty.

Barca controlled the second-half and a beautiful late strike from Ibrahim Affelay effectively sealed the win before Marc Bartra headed home a third to score his first La Liga goal.

With next week’s Champions League final against Manchester United in mind, Pep Guardiola predictably rested all of his big names, with Dani Alves, Javier Mascherano, Sergio Busquets and Pedro the only first-team players named among the substitutes. 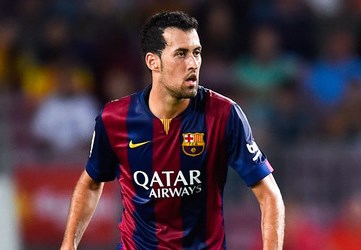 Toni Sanabria To Turn Down Roma For Arsenal Move