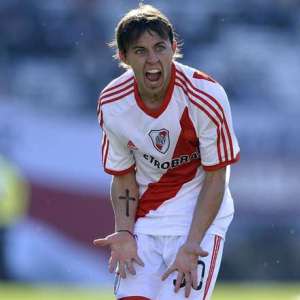 Spanish club Malaga have continued their spending spree with the signing of River Plate star Diego Buonanotte for £3.8million.

The 22-year-old Argentina international was prepared to stay with River before switching to Manuel Pellegrini’s side, but the Argentines chose to cash in on him.

The signing of ‘El Enano’ on a five-year contract is another major step forward for the club owned by Qatari Sheikh Abdullah Bin Nasser.

Buonanotte is seen as one of the most promising midfielders in Argentina and had been linked with many clubs in Europe.


Gerard Pique : I Know All Of Ronaldo’s Tricks!