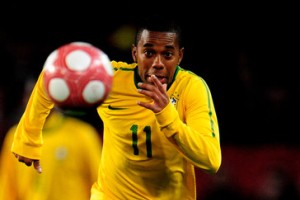 Local newspapers report that City are making the sensational offer in their bid to land Barca striker Zlatan Ibrahimovic.

It is believed that the proposal shocked Barca officials when it was made last week, but was not immediately ruled out. Indeed, the Catalans asked for more time to consider the offer.

There remain some issues to iron out, with Robinho on-loan at Santos until August 4 and his City salary of €6 million out of range of Barca.

However it is said that the shock move could happen, with Ibra making the switch to City.