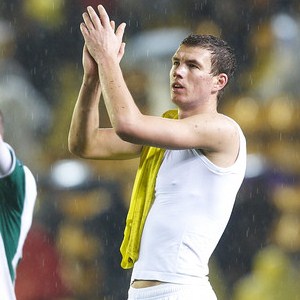 It has been revealed that the Bosnia international striker is City’s top target for the January market with manager Roberto Mancini admitting they over-rely on Carlos Tevez for goals.

With Roque Santa Cruz wanting away, City are willing to include the Paraguay international in their offer for Dzeko.

City are returning to the negotiating table after being quoted £50 million for the Bosnian in the summer.