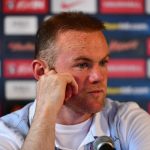 It has been reported that Wayne Rooney has spoken glowingly of Manchester United’s capture of Jose Mourinho.

The Portuguese has taken the reins at Old Trafford, replacing Louis van Gaal, and the appointment has captain Rooney in a buoyant mood.

“It’s exciting. Jose is one of the best managers in the world,” he said.

“For myself and the other United players, it’s exciting times and I’m looking forward to it.”