Interesting transfer news are out claiming that Manchester United boss David Moyes is closing in on Porto defender Eliaquim Mangala. 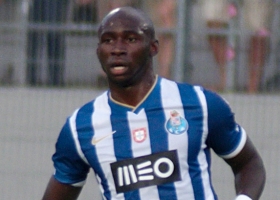 The Mirror cliams that Moyes watched the 22 year old French international in action on Wednesday as the Portuguese giants crashed out of the Champions League against Atletico Madrid – and is in the hunt for his £15 million signature.

It is said that spies from the Old Trafford giants have been tracking Mangala for months, as Moyes looks for a new leader at the back with Nemanja Vidic, 32, showing signs of wear and central defensive partner Rio Ferdinand, 35, also nearing the end.

The former Standard Liege star has just broken into the France squad after a nomadic early career that saw him play in Belgium – where he moved as a child – and now Portugal.

Rene Meulensteen Pleased With The Performance Of Dimitar Berbatov