Interesting transfer news are out claiming that Manchester United boss David Moyes is ready to add another Spaniard to his midfield. 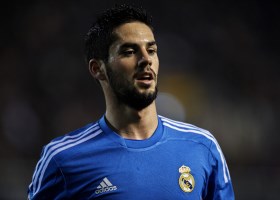 After his £37 million swoop for former Chelsea playmaker Juan Mata, Moyes is now planning to tempt Isco away from Real Madrid this summer.

Sources in Italy and Spain say the United manager is willing to go as high as £33 million for Isco, who only moved to Real last summer from Malaga.

Moyes is a big fan of Spain’s U21 European Championship winning squad and having missed out on Thiago Alcantara, Koke and Ander Herrera, hopes for better fortune with his move for Isco.

The midfielder’s father visited United’s Carrington training complex last season before deciding to move to Real at the end of the campaign for £23 million.