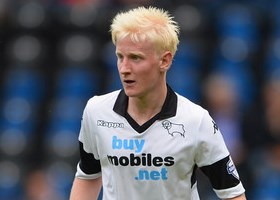 Liverpool boss Brendan Rodgers ruled out a January move for the England U21 international yesterday.

The Manchester Evening News claims that the highly-rated 18-year-old, who scored his first goal for England’s Under-21s in their 9-0 demolition of San Marino in midweek, has been linked with United, Liverpool and Manchester City.

It is said that the Premier League champions are desperately searching for midfield reinforcements and although a more established midfielder would be preferable, Hughes is being tipped as a star of the future.