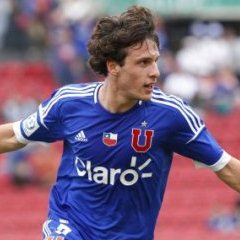 Reports are out claiming that Angelo Henriquez has reportedly passed a medical ahead of his impending move to Manchester United.

The 18-year old Chilean striker was in Manchester today to complete the medical which will see him soon become a £4million signing by the Red Devils.

Henriquez is expected to make the switch from Universidad de Chile this week as United also look to complete a swoop for Arsenal captain Robin van Persie by the weekend.