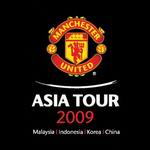 Just a few hours after their 3-2 win against the Malaysian XI, Man Utd and event organizers ProEvents have confirmed that they will be playing a second game against the Malaysia XI at Bukit Jalil 20:45 local time on Monday to compensate the game against Indonesia that was cancelled after the bombings.
Julian Kam, CEO of ProEvents, the tour organisers, revealed further details on United’s second match in Malaysia at Saturday’s post-match press conference.

“The game will take place on Monday 20 July at 20:45 local time (13:45 BST) again at the Bukit Jalil Stadium. Looking at the tremendous reception the team have received in Malaysia, and the capacity crowd on Saturday evening, we believe many fans will be eager to watch the team play again. A second match will give fans who missed out first time round another chance to watch the players in action, and those who would like to watch them again can also do so.

“Fans from the UK who have bought tickets to watch the match in Indonesia can exchange them for new tickets for Monday’s game in Malaysia. Similarly, fans in Indonesia who bought tickets for the match in Jakarta can also exchange them to watch the game in Kuala Lumpur. We have arranged for 3,000 seats in the stadium to be allocated for these purposes.

“Fans can exchange their tickets at a special counter at the green gate at the Bukit Jalil Stadium which will be open on matchday from 12:00 to 19:00 (both local time).”