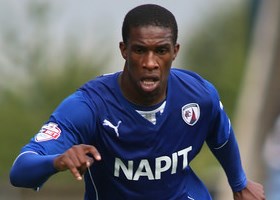 The Daily Star reported that Moyes had the 21 year old watched last season while he was in charge at Everton.

He had hoped to take him to Goodison before he landed the job at Old Trafford.

Now Moyes has revived his interest in Darikwa, who has helped lift the Spireites to the top of League Two.

Moyes was at Fleetwood on Saturday to run a check on him in Chesterfield’s 1-1 draw.

Spireites chief Paul Cook said: “Will someone take him soon? That’s out of my hands.

“But certainly, as a young player, there will not be many better around the country.”

Stevan Jovetic Ready To Prove Himself At Manchester City