According to the News of the World, Manchester United have set their sights on Valencia’s sought-after playmaker, David Silva.Valencia recently declared that the 23-year-old midfielder will not be sold, and although Sir Alex Ferguson has hinted that his transfer business is done, sections of the British press would have it that Silva could move to Old Trafford by the end of August.

United will host the Mestalla club in a pre-season glamour friendly this coming Wednesday, and it is claimed that the Premier League champions will use the opportunity to register an interest in Silva. 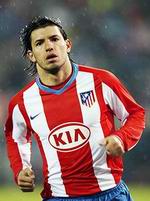 With the summer departures of Cristiano Ronaldo and Carlos Tevez, Ferguson despite bringing in proven hitman Michael Owen on a free from Newcastle, still feels there’s a sizeable dent in the Old Trafford goal machine.

Ferguson also knows he has lost pace from the attacking armoury through the departures of Ronaldo and Tevez.

Argentinian Aguero is seen as the ideal replacement for Tevez having formed a potent partnership with former United striker Diego Forlan in La Liga.