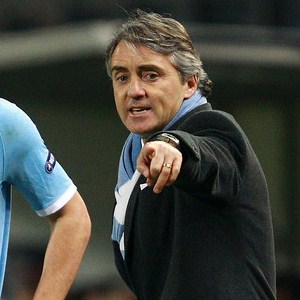 Manchester City were held to an uneventful 0-0 draw in the first leg of their Europa League round-of-32 match against Aris Thessaloniki at the Kleanthis Vikelidis Stadium.

Edin Dzeko came closest to scoring for City, but the hosts repeatedly failed to turn their possession into clear chances against an organised, defensive Aris outfit who had their own opportunities to nick a result.

The Italian also handed Shaun Wright-Phillips a rare start on the right wing, adding width and pace to a 4-2-3-1 formation – spearheaded by Bosnian Dzeko.