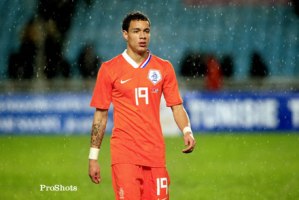 The Ajax full-back, now age 21, became a regular for his club last season and has seven Holland caps to his name.

His agent Hakim Slimani told reporters that there is no official contact between Ajax and Manchester City but cannot deny that the player’s performance has been closely followed by Manchester City.

Slimani insists Van Der Wiel is committed to seeing out his contract at Ajax which has three years left to run.

He added that Greg is not concerned with a transfer to another club at the moment.

“He’s just broken through last season. This season he has set himself the target of being a major player for Ajax.”